Posted on February 13, 2019 | Comments Off on Keezhadi and Pattanam: Global plot to break India – B.S. Harishankar

Recent attempts by certain lobbies to link controversial archaeological sites of Keezhadi and Pattanam has raised questions on their agendas. Keezhadi is at Sivaganga district near Madurai in Tamil Nadu, while Pattanam is at Ernakulam in Kerala. There are neither ceramics nor other cultural remains reportedly unearthed at these sites to show the alleged links for such assumptions of homogeneity.

The Kerala Council for Historical Research (KCHR) which excavated Pattanam is not an official government organisation but a private non-governmental body, an NGO. How did the Archaeological Survey of India grant license to an NGO to excavate a site which was also vastly funded by foreign agencies? The Ministry of Home Affairs (MHA) identified the unbridled foreign funds received by KCHR and cancelled its license under the Foreign Contribution Regulation Act 2010 (The New Indian Express, Dec. 8, 2016).

The Pattanam excavation was hit by controversy and the ASI initiated a probe into alleged unscientific approaches adopted by the KCHR, after complaints to the Union Minister for Cultural Affairs, Mahesh Sharma, about “lapses” in the excavation, which is part of the Rs 200 crore Muziris Heritage Project. Thereafter, a meeting of the central advisory panel of the ASI asked the KCHR to temporarily stop the excavation (refer ASI probe into KCHR’s ‘Pattanam excavations’).

According to ASI joint director R.S. Fonia, “Rules demand that extension beyond five years can be given only after those carrying out the excavation submit reports. In the case of the Muziris project, the digging has been going on for over seven years now, but no report was filed and hence no fresh permission can be granted” (refer Doubting Thomases suspend Saint project).

The team of excavators at Keezhadi is currently headed by R. Sivanantham, who should have been aware that the KCHR was accused in creation of fake government documents, illegal appointments and financial irregularities worth crores. It is also alleged that the KCHR obtained the licence for the Pattanam excavation after submitting fake documents to the Archaeological Survey of India (refer Rampant irregularities detected at KCHR).

Subsequently, Pattanam excavator P.J. Cherian’s service as director of the KCHR was terminated by the Kerala state government in November 2016, overruling the then KCHR chairman’s recommendation to extend the service for another four years (refer Fate of Pattanam hangs in the balance).

Delivering his lecture at Chennai, P.J. Cherian claimed that the excavated material from Pattanam and Keezhadi are similar and hence there is a common link of brotherhood (refer Pattanam, Keezhadi excavated materials similar, says expert). However, he did not present either ceramics, metals or any other remains showing the cultural homogeneity between Pattanam and Keezhadi.

The carbon dating at Pattanam was done earlier at the Institute of Physics, Bhubaneswar and later shifted to Georgia University, USA. Following controversies, it was again shifted to Beta Analytic Inc., Florida. This raises serious doubts about the objectives of the KCHR. When there is a premier radio carbon laboratory at National Physical Laboratory, Ahmedabad, which has developed a South Asian Centre of repute, why was the carbon dating for Pattanam and Keezhadi shifted to an institution in Florida.

Unlike Pattanam, Keezhadi was excavated by the ASI. What raises concerns is that the current excavator of Keezhadi invited the controversial Pattanam project director to deliver a lecture where he made dubious claims that there are many similarities between the two sites.

There were earlier allegations that the central government had withheld funds and blocked Keezhadi excavations because Hindutva groups were against Tamil heritage. Some radical Dravidian groups claimed that Keezhadi belonged to the pre-Sangam Period and was a river valley civilization. Tamil language minister Mafoi Pandiarajan asserted over 39 excavations have been done in Tamil Nadu and there is no substance to the claim that the Centre has withheld funds (refer Keezhadi dig delayed). Excavations have also been carried out at Varushanad (Theni) and Azhagankulam (Ramnad), Tamil Nadu.

In an interview, former Keezhadi excavator K. Amarnath Ramakrishna, said there is a theory that Tamil Nadu had only “racial groups” and that urban civilisation was found only along the Indus-Gangetic valley. Keezhadi’s excavation has nullified that theory and it has to be accepted that an urban civilization was found along Vaigai river (refer Don’t We Need To Know India’s History?).

Strangely, Amarnath Ramakrishna still clings to colonial fantasies of race and racism in the study of ancient India. Colonial Europe divided humans into races and viewed Africans through this distorting prism. Many countries have removed the word “race” from national laws concerning discrimination because the phrase is considered problematic and unethical. Amarnath should understand that the paleoanthropology of South Asia has shifted from a classificatory model of race identification to an evolutionary paleo-demographic paradigm, as demonstrated by veteran physical anthropologists such as Kenneth A.R. Kennedy. He should not legitimise ideas of certain political ideologues and linguistic fringe groups with no base in archaeology and interdisciplinary social sciences.

Amarnath still adheres to propaganda by early Left historians that the introduction of iron and the beginning of agriculture in the deep south by Brahmins in 300 AD led to the rise of feudalism, a theory discredited by recent archaeological discoveries. The earliest Neolithic dates in south so far range between 2900 and 2400 BC from sites such as Utnur, Pallavoy, Kodekal, Budihal and Watgal. The Chalcolithic phase in the south goes to 2400 BC from sites such as Singanapalli and Ramapuram, and Megalithic to 1000 BC at Hallur, Komaranahalli and Mangadu. The growth of an early township at Keezhadi has to be viewed in this overall context and not as an isolated advent of an exclusive river valley civilization. After all, South India includes Karnataka, Andhra and Kerala, and not Tamil Nadu alone.

However, Amarnath Ramakrishna’s transfer was resented by the CPI(M). K. Balakrishnan, Tamil Nadu state secretary of the party, alleged that the Modi government was making an attempt to hide the findings from the excavations that pointed to an old civilization linked to Tamil society (refer CPI(M) flays Centre’s direction on Keezhadi excavations). The CPI(M) had officially launched the Pattanam excavations in Kerala, which were conducted by Left historians under the banner of KCHR (refer Marxists dig for Apostle Thomas).

The Left historians have always been patrons of Dravidian racial chauvinism. Irfan Habib has propagated the Aryan suppression of Dravidians (refer The Rewriting of History). British linguists Francis Ellis and Alexander Campbell framed the theory that south Indian languages belong to a different family. Brian Houghton Hodgson promoted the term “Tamulian” as a racial construct, describing the so-called aborigines of India as primitive and uncivilized compared to the invading Aryans. Bishop Robert Caldwell launched the Dravidian movement in Tamil Nadu, carried forward by Bishop G.U. Pope.

In April 2018, the Federation of Tamil Sangams in North America (FeTNA) invited Amarnath Ramakrishna to deliver a lecture on the Keezhadi excavations. The ASI denied him permission to participate as guest of honor at this event, possibly because FeTNA publicly supported the cause of ethnic Sri Lankan Tamils in the Sri Lankan civil war. Time and again, the Sri Lanka Guardian has warned that the Catholic Church is heavily involved with the LTTE from the 1970s (refer Catholic Church, an ally of Tamil Tiger terrorists in Sri Lanka). The FeTNA has been a major campaigner and fund-raiser for the Tamil Chair at the University of California, Berkeley. Prof. George L. Hart, known for his Dravidian politics, was hired for the chair. FeTNA also honoured Jagat Gasper, Catholic propagandist for Christianizing Tamil culture. 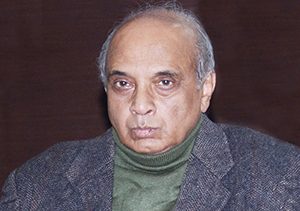 In December 2014, eminent South Asian archaeologist Dilip Chakrabarti delivered a lecture at Vivekananda International Foundation, New Delhi, on “Foreign Archaeological Collaborations and India’s Security Concerns”. He highlighted the dangerous attempts to relate prehistoric Indian cultures to various Indian languages, which are later given fictional linguistic affinities and open the way for regional chauvinistic premises. Highlighting the case of Pattanam, Chakrabarti said the pursuit of the past is not an innocuous academic activity and before foreign academic groups are allowed uncontrolled and unverified entry to this in India, we must be aware of the dimensions which impinge on our long-term national security. In Nation First, Chakrabarti cautions that Pattanam is supported by “Biblical and Jewish” interest groups, and urges the Indian government to take serious note of such unholy conglomerations.

The Archaeological Survey of India and Tamil Nadu government should investigate how the state Department of Archaeology officially invited the controversial Pattanam excavator, whose license was cancelled by the MHA and excavation license was repealed by central advisory panel of the ASI in 2016. The platform was used to link Keezhadi and Pattanam sites, which have strong undercurrents of secessionism. – Vijayvaani, 12 November 2018