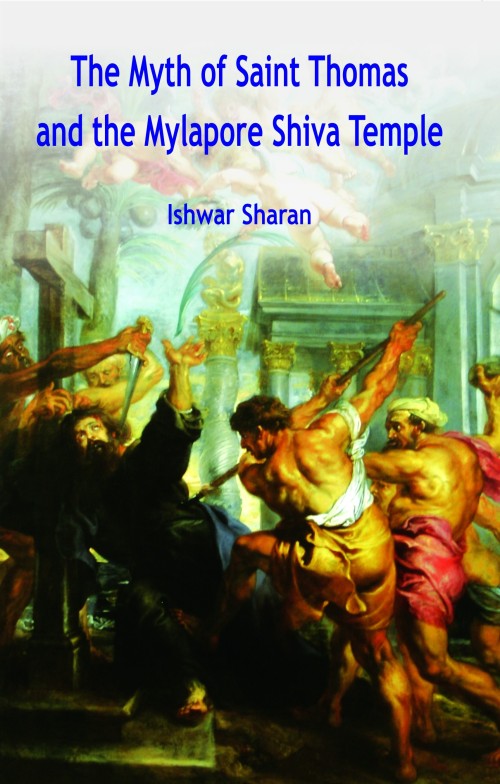 The 2019 edition of The Myth of Saint Thomas and the Mylapore Shiva Temple is a complete study of the St. Thomas in India legend—its origin, history in India, and communal ramifications. The book is named after the main, 24-chapter essay by Ishwar Sharan and includes authoritative, independent articles by senior journalists and research scholars.

The book exposes the vicious blood libel perpetrated by Christians against Hindus for centuries, that a Hindu king and his Brahmin priests murdered Apostle Thomas on a hilltop in south Madras, and the unconscionable support for this libel by India’s mainstream secular media.

Notably a chapter in the book documents the pronounced pro-Christian bias of the Encyclopaedia Britannica and popular on-line reference portal Wikipedia. Both encyclopedias carry fanciful, non-factual entries for St. Thomas the Apostle in India that they refuse to correct or change.

And last but not least, the book documents the destruction of the original Kapaleeswara Shiva Temple by the Portuguese and its replacement by San Thome Cathedral on the Mylapore seashore in Chennai.

The book has an extensive bibliography and is a valuable tool for researchers and historians. 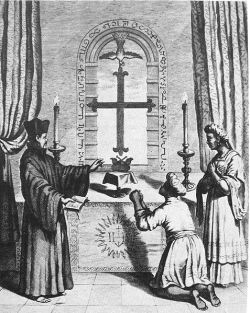 Indologist Dr. Koenraad Elst has written a comprehensive foreword for the book. His short foreword to the 1995 edition is posted below as he makes some pertinent remarks about Indian secularists and their uncritical acceptance of Christian mythology as Indian history.

Dr. Elst studied under Jesuits at Katholieke Universiteit in Belgium, Europe’s oldest Catholic university at Leuven, and is in a position to say with authority that the St. Thomas in India tale today is a fraud on the people of India by crafty, untruthful Catholic priests who make their living by fooling the faithful. He writes:

According to Christian leaders in India, the apostle Thomas came to India in 52 AD, founded the Syrian Christian Church, and was killed by the fanatical Brahmins in 72 AD. Near the site of his martyrdom, the St. Thomas Church was built. In fact this apostle never came to India. The Christian community in South India was founded by a merchant called Knai Thoma or Thomas of Cana in 345 AD—a name which readily explains the Thomas legend. He led four hundred refugees who fled persecution in Persia and were given asylum by the Hindu authorities.

In Catholic universities in Europe, the myth of the apostle Thomas going to India is no longer taught as history, but in India it is still considered useful. Even many vocal “secularists” who attack the Hindus for “relying on myth” in the Ayodhya affair, off-hand profess their belief in the Thomas myth. The important point is that Thomas can be upheld as a martyr and the Brahmins decried as fanatics.

In reality, the missionaries were very disgruntled that the damned Hindus refused to give them martyrs (whose blood is welcomed as “the seed of the faith”), so they had to invent one. Moreover, the church which they claim commemorates St. Thomas’s martyrdom at the hands of Hindu fanaticism, is in fact a monument of Hindu martyrdom at the hands of Christian fanaticism. It is a forcible replacement of two important Hindu temples—Jain and Shaiva—whose existence was insupportable to the Christian missionaries.

No one knows how many Hindu priests and worshipers were killed when the Christian soldiers came to remove the curse of Paganism from the Mylapore beach. Hinduism does not practice martyr-mongering, but if at all we have to speak of martyrs in this context, the title goes to these Jina- and Shiva-worshipers and not to the apostle Thomas. 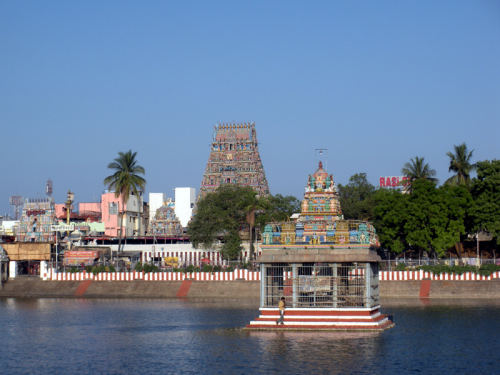 Sri Kapaleeswara Shiva Temple: This is the second temple built in the 17th century by Mayil Nattu Muthiyappa Mudaliar after the Portuguese destroyed the original temple on the Mylapore seashore and replaced it with the first St. Thomas Church. 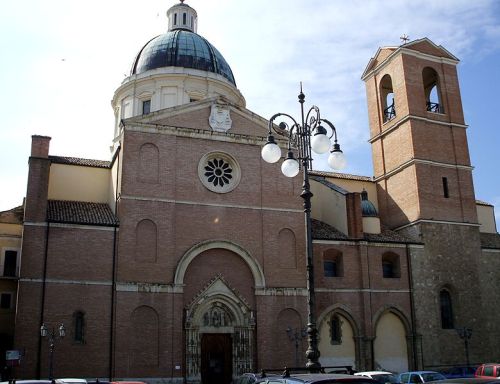 San Tommaso Cathedral Basilica, Ortona, Italy: This cathedral in the diocese of Lanciano-Ortona, has held the complete skeletal remains of St. Thomas since 1258. 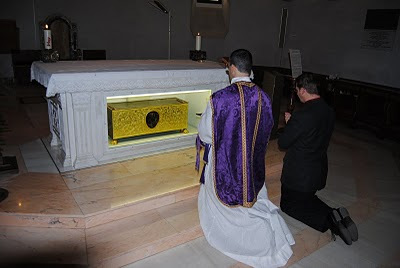 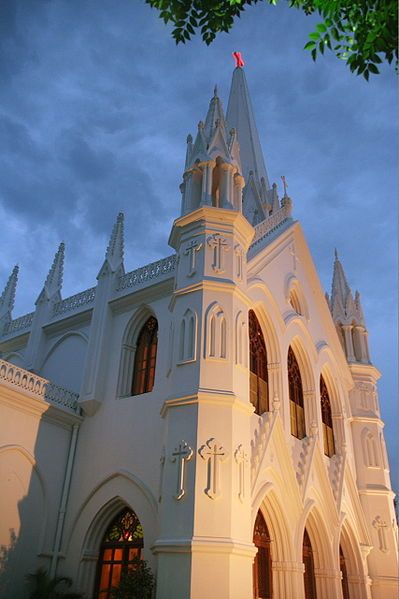 Blood Libel: This diorama of St. Thomas and his alleged Hindu assassin was built in the San Thome Cathedral crypt after the publication of Ishwar Sharan’s book exposing the myth in 1995. Its objective is to malign the Hindu community with the accusation of the murder of St. Thomas on a hilltop in south Chennai (Madras). 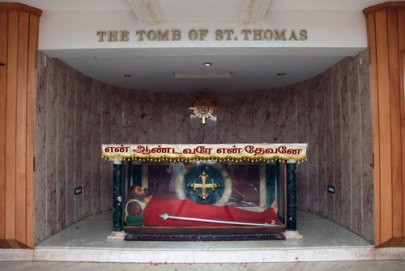 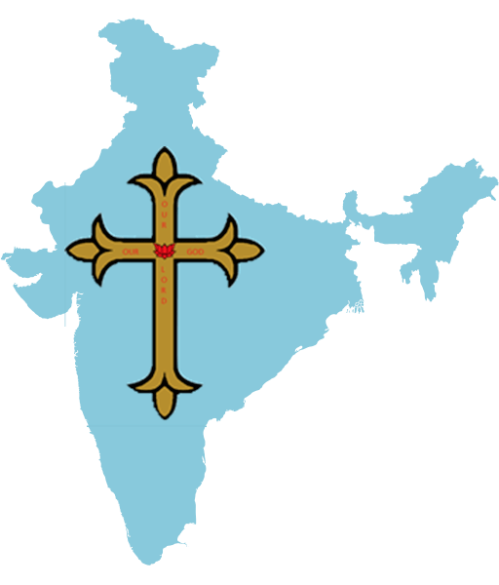 As the Roman Catholic Church (including the Syro-Malabar Catholic Church) claims that a Christian apostle and saint, Judas Didymus Thomas, was martyred in India, it also claims India as part of its religious—read political—patrimony.

All editions of The Myth of Saint Thomas and the Mylapore Siva Temple are available to the public under the Creative Commons License Attribution-NonCommercial-NoDerivatives (CC BY-NC-ND 4.0). Read and download the book from the following portals: