Why Christianity has no reincarnation doctrine – Benjamin Creme

In 553 CE the Christian Emperor Justinian had Origen’s teachings on reincarnation banned at the Second Council of Constantinople. – Benjamin Creme 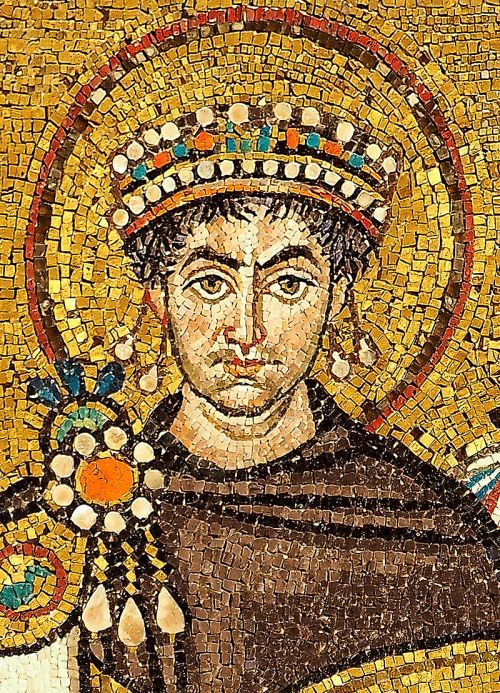 “It seems reasonable to conclude that the so-called ban concerning the doctrine of reincarnation is the result of an historical error and contains no ecclesiastical authority whatsoever.” The German author, Peter Andreas, expresses this point of view in his book, Jenseits von Einstein. Andreas gives attention to the concept of reincarnation and, particularly, to the manner in which any consideration of the topic was suppressed within the Catholic Church—not by profound theological study, but by the action of a Roman emperor.

In a chapter devoted to reincarnation, Andreas writes: “The Christian churches have very little indeed to say about reincarnation. They can hardly be blamed because the Bible is apparently sadly lacking in this respect. In fact, we may ask, if the subject of reincarnation is so important—from the religious point of view—why is there so little mention of it in the Bible?

“The few Bible references indicate that from the earliest times supporters and opponents of reincarnation have waged bitter ‘war’. Jesus’ remark to Nicodemus, for instance, ‘Thou must be born again’ can be interpreted as a reference to spiritual rebirth, according to the opponents of the idea (of reincarnation).

“Naturally, the Nazarene must have had his own reasons for not going more deeply into the subject. Perhaps he believed the truth to be too complicated for the limited understanding of people then, and that it was of greater importance to clarify the essence of his teaching and emphasise the message of love. He did not warn against belief in reincarnation.”

Nowadays, there is little doubt that early Christians gave more credence to the concept of rebirth than was later the case. The main figure responsible for this change was no churchman but an ambitious, worldly and powerful figure Emperor Justinian. In the year 553, quite independently of the pope, Justinian had the teachings of the Church father Origen (185-253) banned by a synod. Origen had spoken out in unmistakable terms on the question of the repeated incarnations of the soul:

“Each soul enters the world strengthened by the victories or weakened by the defects of its past lives. Its place in this world is determined by past virtues and shortcomings.” — De Principalis

“Is it not more in accordance with common sense that every soul for reasons unknown—I speak in accordance with the opinions of Pythagoras, Plato and Empedokles—enters the body influenced by its past deeds? The soul has a body at its disposal for a certain period of time which, due to its changeable condition, eventually is no longer suitable for the soul, whereupon it changes that body for another.” — Contra Celsum

Andreas goes on to describe how Emperor Justinian managed to manipulate the Fifth Ecumenical Council in 553 [also known as the Second Council of Constantinople] which resulted in the ban against Origen: “Strangely enough, there was not one Roman bishop present at this conference; apart from six African notables there were only Eastern bishops present. A curious feature of this Council was that although Pope Vigilius was in Constantinople at the time of the Council he did not attend. There had previously been conflict between Vigilius and the Emperor and the Empress Theodora. Justinian refused to accede to the Pope’s request for a stronger delegation of bishops from both West and East at the Council and then proceeded to convene the Council himself. The Pope did not attend, as a gesture of protest, and as an indication that he would not be held responsible for the Council. The ruling monarch did not have an entirely free hand, however, since official regulations drawn up during the eight sessions of the Council, which met over a period of four weeks, had to be officially endorsed by the Pope. This duly took place; the documents, however, only dealt with the so-called Three Chapters controversy—the work of three scholars considered by Justinian to be heretics. The Emperor had already issued an edict against these men. No mention was made of Origen. Research suggests that suspicions about Justinian were valid. Neither Pope Plagius I (556-561) nor Pope Gregorius (590-604) mentioned Origen when writing about the 5th Council.”

But up to now it has been accepted tacitly that the following is the official ban of the Council: “Whosoever teaches the doctrine of a supposed pre-birth existence of the soul, and speaks of a monstrous restoration of this, is cursed.” How did this come about? No one can say with certainty, but there are strong indications that by some ploy the Emperor Justinian was able to insist on the convocation of a Council, which was delayed, however, by opposition from the Pope. Eventually the first meeting of the Council took place on 5 May 553, not before the Emperor had managed to call several bishops to a meeting at which he (Justinian) presented his ‘Fifteen Anathemata’ refuting Origen’s teachings, and gained the endorsement of the attending bishops. We can safely conclude that the Pope, who wished to boycott the Council, would certainly not have appeared at this meeting, which was precisely what Justinian had hoped for. The meeting prior to the Council was used by the wily Emperor to curtail the Pope’s powers and to pronounce a ban on the teachings of Origen. His scheming succeeded far better than he could have imagined. The Church accepted the ban as valid, having been imposed by the Council, and it then passed into established doctrine where it has remained for the past 1500 years. This makes the idea extremely difficult to correct. The subject of reincarnation has therefore not played any role in Christian doctrine, in contrast with other religions.

“Thus it seems right to conclude that the ‘ban’ on the teaching of reincarnation is based on historical misrepresentation and has no ecclesiastical authority. It was in fact a fait accompli, brought about by Justinian, which no one within the Christian Church has dared to challenge in the course of some 1500 years. What is worse is that the subject has been totally ignored, as a glance at any encyclopaedia will show.” — Peter Andreas, Jenseits von Einstein, Econ Verlag, Germany 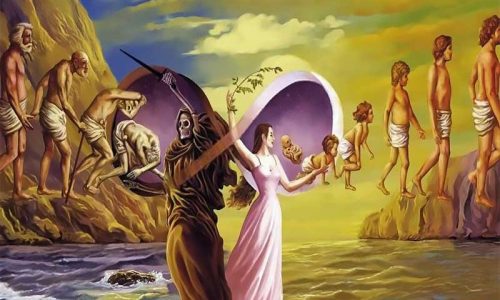