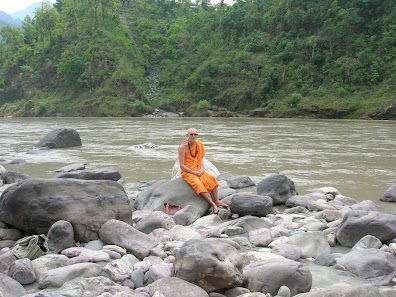 As long as Christianity wages a socially and spiritually destructive war of aggression on Hinduism and takes prisoners in the form of unsophisticated credulous converts, its curious theories and unique claims must be thoroughly investigated and challenged by Hindus of integrity and conviction. – Swami Devananda Saraswati 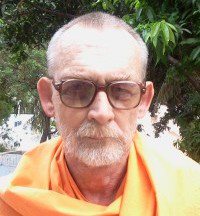 Ishwar Sharan is the pen name of Canadian author Swami Devananda Saraswati, a Smarta Dashanami sannyasi who took his Vedic initiation from Kailas Math at Prayagraj in 1977. His purvasrama family were middle class professionals and God-fearing Protestant Christians. He did not complete high school and is self-educated through reading books on all subjects, with a special interest in religion and history. He has travelled extensively in Canada, USA, Europe, North Africa, West Asia and India. His experiences during these wandering years include service in an Israeli kibbutz during the Six Day War and some months spent in a Franciscan hermitage near Assisi, Italy. En route to India by road in 1967, he visited many of the places Alexander the Great had visited on his expedition to India in the 4th century BCE. Later he tried without success to visit Ctesiphon on the Tigris where his beloved spiritual hero, Julian the Apostate, had been martyred by a Christian officer.

The author’s experience of Christian institutions, West Asian Muslim society, and Israeli kibbutzim helped to turn him away from the monolithic Abrahamic creeds which he saw as imperialistic, belligerent, and life-threatening. He came to India in search of spiritual direction and because Hindu civilization still gave an honourable place to the Mother Goddess. The fact that Hindu civilization had withstood centuries of Muslim and Christian aggression and survived where other civilizations had failed, was to his mind a very impressive cultural achievement. He is a great lover of Hindu culture and religion and is deeply saddened that Hindus today are treated as second class citizens in their own land because of a pusillanimous and weak-minded religious and political leadership. He says that as long as Christianity continues to wage a socially and spiritually destructive war of aggression on Hinduism and take prisoners in the form of unsophisticated credulous converts, its curious theories and unique claims must be thoroughly investigated and challenged by Hindus of integrity and conviction.

Under the name Ishwar Sharan, Swami Devananda has written the only available comprehensive study of the St. Thomas in India legend, The Myth of Saint Thomas and the Mylapore Shiva Temple, published by Voice of India, New Delhi. The book is in its updated fourth edition and is available to buy from Voice of India and Amazon. It can also be accessed free in pdf format on the various portals listed below: