The Dalrymple massage of the St. Thomas myth – Koenraad Elst

Posted on August 20, 2019 | Comments Off on The Dalrymple massage of the St. Thomas myth – Koenraad Elst

There is no document supporting the fond belief of Christians [that St. Thomas arrived in Kerala in 52 AD], ritually incanted by all politicians and journalists whenever they mention Christianity. … Even if it were found to be true, Christianity remains an erroneous belief system and a foreign religion whether imported in the 1st or the 4th century. — Dr. Koenraad Elst 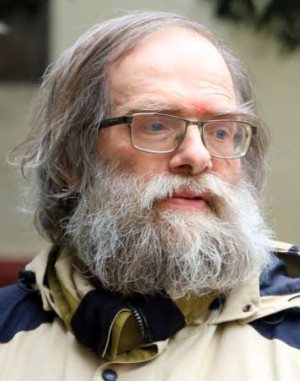 The article “The Incredible Journey” by William Dalrymple in The Guardian, London, on 15 April 2000, is a wonderful exercise in pushing the beliefs of the “minorities”―in fact local daughters of a global movement, helped by the foreign headquarters with resources and strategy―to the utmost. There is no document supporting the fond belief of the Christians [that St. Thomas arrived in Kerala in 52 AD], ritually incanted by all politicians and journalists whenever they mention Christianity. And there still is none after Dalrymple’s article, a fact that all his innuendo about new insights is meant to obscure. Not even the apocryphal Acts of Thomas could prove this, either before or after Dalrymple’s intervention. These only mention Thomas going east to a desert country where people speak Iranian. This is clearly not lush tropical Malayali-speaking Kerala.

With all his rhetoric slamming open doors, such as that there was a lot of trade between Malabar and the Roman empire―which we already knew―he has only one piece of hard evidence to claim, viz. the coins by king Gondophares confirming the Acts’ mention of such a king, and that already by 19th-century British archaeologists. Now, if there had been such a find, it would have been plastered all over the front pages, and every Christian dignitary would quote it on every suitable occasion. I may have missed something, but I haven’t heard that. Such a discovery would, among other things, have to transfer Gondophares from Afghanistan to Kerala and turn his name from standard Iranian to Malayalam. Note that Dalrymple, ever careful to specify North versus South India, here leaves that crucial specification in the dark. When the very erudite Pope Benedict XVI said in 2006 that Thomas came to “Western India”, and that it was not he but “Christianity” that then went on to Southern India, he was speaking in full consciousness of the relevant evidence, of all that Dalrymple here suggests as proof in favour of the Christian belief. 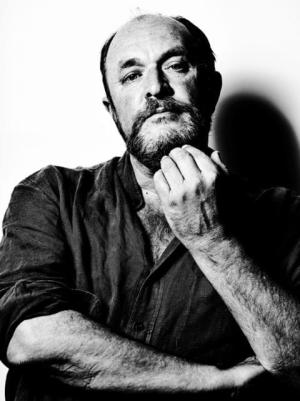 He commits all the errors that our first-year course of Historical Method warned us against. If someone spreads a story―say, the Christians arriving in Kerala from Persia in the 4th century, whose leader Thomas Cananeus was confused with Saint Thomas―and then a hundred consumers of the story reproduce the story, these are not “a hundred sources in unison”, this is just one source. So all his talk about how many believers there are―including gullible Hindus―can over-awe a layman, but mean nothing to a historian.

Of course, ultimately it is not important whether Thomas came to Kerala or not. Even if it were found to be true, Christianity remains an erroneous belief system and a foreign religion whether imported in the 1st or the 4th century. But because Hindus have set great store in refuting the Thomas legend, the secularists invest a lot in supporting it, here be this article, more usually in pro-belief pronouncements, and the media will censor any serious scepticism about it. Except that they will greatly highlight any anti article on condition that it also covers itself in ridicule by espousing some P.N. Oak type of history rewriting.

And note the irony: one always speaks of “doubting Thomas”, also the title of Dalrymple’s film, but the finality of this article is to provide intellectual respectability to the all-out secular effort of suppressing doubt about the Thomas myth.

Comments Off on The Dalrymple massage of the St. Thomas myth – Koenraad Elst

In Catholic universities in Europe, the myth of the apostle Thomas going to India is no longer taught as history, but in India it is still considered useful. Even many vocal “secularists” who attack the Hindus for “relying on myth” in the Ayodhya affair, off-hand profess their belief in the Thomas myth. The important point is that Thomas can be upheld as a martyr and the Brahmins decried as fanatics. – Dr. Koenraad Elst 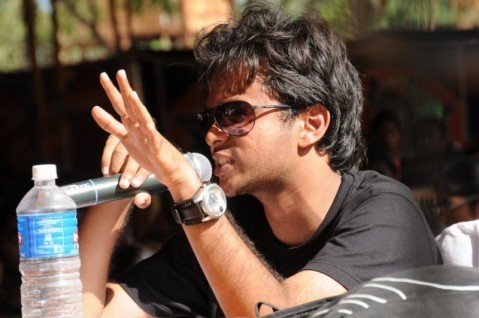 Overcome with awe at the aura that surrounds the National Shrine of St. Thomas Basilica at Santhome, you might tend to overlook a narrow lane that lies adjacent to the southern compound wall of the cathedral that leads you towards the seashore. A walk down this lane takes you to what seems to be a coastal hamlet that lies in the midst of what seems to be a tall weathered wooden pole. On looking back, the tall spire of the cathedral is almost hidden by the trees in the vicinity—it is the wooden structure that occupies pride of place and rightly so. After all, the very foundation of the Christian faith in the city owes its existence to the wooden pole and the legend behind it. 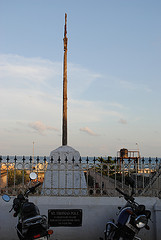 “According to the legend, shortly after St. Thomas arrived in India in 52 AD, a large wooden log was carried downstream by a river in Mylapore, to lodge itself by the river’s mouth and result in a flood. Try as hard they might, the king’s men failed to remove the log, which prompted the king to call on a certain hermit who lived in the area and was believed to perform miracles. Along came St. Thomas with a blessed girdle that was given to him by Mother Mary (the mother of Jesus Christ),” narrates Fr. S. Kanickairaj, the rector and parish priest of the National Shrine of St. Thomas Basilica, as he retraces the legend, “He prayed for a while, and tied the girdle to the log. he heaved. With the first try, the log was removed and the river flowed into the ocean. St. Thomas then took a portion of the log and planted it, pointing towards the heavens, stating that the sea would never cross the pole.” The legend, according to Fr. Kanickairaj goes on relate how the pleased king, as a sign of gratitude, offered Mylapore and its surrounding areas to the saint, who then constructed a small chapel near the sea, which today (after a series of renovations) is the majestic Neo-Gothic-styled National Shrine of St Thomas Basilica—a development of what was perhaps the very first church in the city. “Many believe that the reason that Santhome escaped the Tsunami of 2004 is simply the existence of the pole which continues to stand upright today,” he says. “The St. Thomas Pole; in gratitude to God for saving Santhome from Tsunami 2004,”its inscription declares.

One of only three churches to be constructed over the tomb of an apostle (the other two being St. Peter’s Basilica in Rome and the Cathedral of Santiago de Compostela in Spain), the National Shrine of St Thomas Basilica has all the makings of a site that abounds in religious significance. “The body of St. Thomas was interred here until the 12th century before the papacy decided to ship his remains back home,” explains Fr. Kanickairaj. The Cathedral Museum houses a tiny relic of the apostle with the spear that brought his end. In the same museum, one can find inscriptions in Portuguese about St. Thomas’ journeys in the city and his early ministry. Murals of the miracle by the river and rock carvings of King Gondophares (of the Indo-Parthian kingdom who St. Thomas preached to in North India) are also present. Just below the museum is the crypt where the body of St. Thomas was interred. “The site has miraculous powers even today, centuries after the saint died,” claims Fr. Kanickairaj. When the Portuguese wrested control in erstwhile Madras, they reconstructed St. Thomas’ small shrine into the original cathedral (whose design is displayed in the museum), before the English constructed the present Neo-Gothic basilica in 1896.

Despite the renovations that it has seen, there’s no denying that the National Shrine of St. Thomas Basilica was once the first church to be established in the city, when the apostle constructed a small shrine in the landed that the king offered to him. “A few more churches were built-in the areas around the shrine,” explains Fr. Kanickairaj, “Together, these churches were the first that the city saw.” The miracle-working power of St. Thomas—a man who walked with Jesus Christ has allured visitors from all over the world. Some of the more notable visits include Pope John Paul II who paid a visit to India in 1986 and prayed at the tomb of St. Thomas, and King Albert and Queen Paolo of Belgium who visited the city in 2008.

Today, the Basilica serves as the seat of the Archdiocese of Madras-Mylapore – its tall, white spire a perfect indicator that it is indeed one of the most majestic religious sites in the city. The faithful throng the basilica, some of them offering intercessory prayers at the crypt while the others meditate in the peaceful confines of the church’s altar.” The church transcends the manmade boundaries of religion,” Fr. Kanickairaj says,”Simply put, it is faith that brings people to the basilica. In fact people of all religious faiths throng the shrine, imploring St. Thomas to work miracles in their lives.” – Times of India, Chennai, August 20, 2011

According to Christian leaders in India, the apostle Thomas came to India in 52 AD, founded the Syrian Christian Church, and was killed by the fanatical Brahmins in 72 AD. Near the site of his martyrdom, the St. Thomas Church was built. In fact this apostle never came to India. The Christian community in South India was founded by a merchant called Knai Thoma or Thomas of Cana in 345 AD—a name which readily explains the Thomas legend. He led four hundred refugees who fled persecution in Persia and were given asylum by the Hindu authorities.

In Catholic universities in Europe, the myth of the apostle Thomas going to India is no longer taught as history, but in India it is still considered useful. Even many vocal “secularists” who attack the Hindus for “relying on myth” in the Ayodhya affair, off-hand profess their belief in the Thomas myth. The important point is that Thomas can be upheld as a martyr and the Brahmins decried as fanatics.

In reality, the missionaries were very disgruntled that the damned Hindus refused to give them martyrs—whose blood is welcomed as “the seed of the faith”—so they had to invent one. Moreover, the church which they claim commemorates St. Thomas’s martyrdom at the hands of Hindu fanaticism, is in fact a monument of Hindu martyrdom at the hands of Christian fanaticism. It is a forcible replacement of two important Hindu temples—Jain and Shaiva—whose existence was insupportable to the Christian missionaries.

No one knows how many Hindu priests and worshipers were killed when the Christian soldiers came to remove the curse of Paganism from the Mylapore beach. Hinduism does not practice martyr-mongering, but if at all we have to speak of martyrs in this context, the title goes to these Jina- and Shiva-worshipers and not to the apostle Thomas. – Koenraad Elst